How Does Failure of an O2 Sensor Affect Your VW’s Performance?

The oxygen sensor, or O2 sensor for short, is one of the key sensors in your VW’s engine. As you’ve probably guessed, this sensor helps to monitor oxygen. It determines how much unburned oxygen is in the exhaust as it leaves the engine. As the combustion process uses exact measurements of air and fuel, if there is too much oxygen left over, your engine is not functioning as designed. The role an O2 sensor plays makes it a key component in fuel efficiency and engine performance.

If you drive a Volkswagen of five years or older, you are sure to be familiar with this component due to its proneness to defects. It was the most reported problem fixed by North American mechanics for five years in a row. This article will walk you through important things you need to know about a faulty oxygen sensor.

How Does The Oxygen Sensor Work?

The internal combustion engine in most cars burns gasoline. If you have a bit of chemistry experience, you would know that oxygen is required for burning to take place. The oxygen used in the engine’s combustion process is received from the outside air.

The O2 sensor is located in the beginning of the exhaust system in the engine bay. It monitors the oxygen levels and sends feedback to the engine to tell the car if the burning fuel is getting too little or too much oxygen. The engine’s computer then responds by adjusting the fuel supply accordingly, maximizing the engine performance in the process.

Causes of a Faulty O2 Sensor

Aside from the deterioration that comes with time and prolonged use, the primary culprit in oxygen sensor failures is contamination. This contamination is from the by-products of the combustion process, where the sensor gets blocked by sediments of sulfur, fuel additives, lead, etc. Also, the sensor’s location in the exhaust system exposes it to high temperatures capable of damaging it.

Symptoms of a Bad Oxygen Sensor

How to Fix a Faulty Oxygen Sensor

Detecting faulty oxygen sensors early and knowing when to change them is crucial, especially when you drive an older car that is more susceptible to problems. Standard practice is changing the sensors every 60,000 to 90,000 miles. 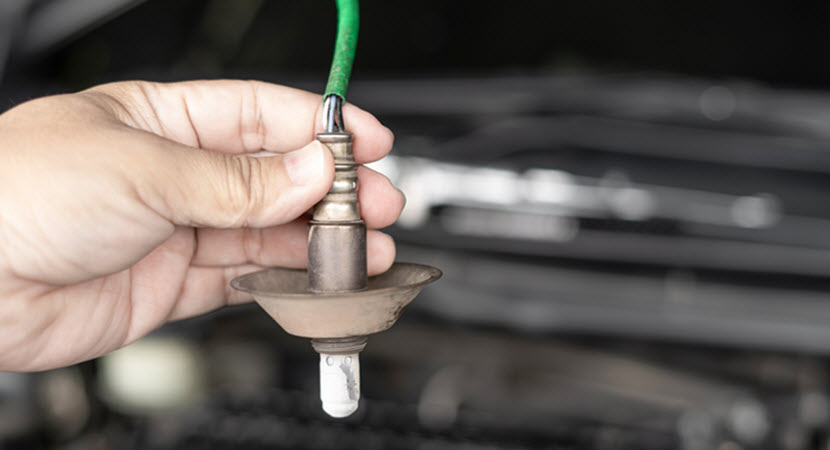 European vehicles are still the most sought-after vehicles because of their high performance and reputation for reliability. However, owning one of these brands means a commitment to routine maintenance.

When it comes to taking care of European cars, the drivers throughout the San Diego area turn to the ASE-certified mechanics at Dieter’s Porsche & BMW. Our mechanics employ the latest factory-grade tools & equipment to ensure that your car gets the high-quality service or repairs it needs. We also offer auto repair services to drivers in the surrounding areas of Chula Vista, Coronado, Mission Valley, and Point Loma. Please call or visit our shop today to learn more or to schedule your next appointment!